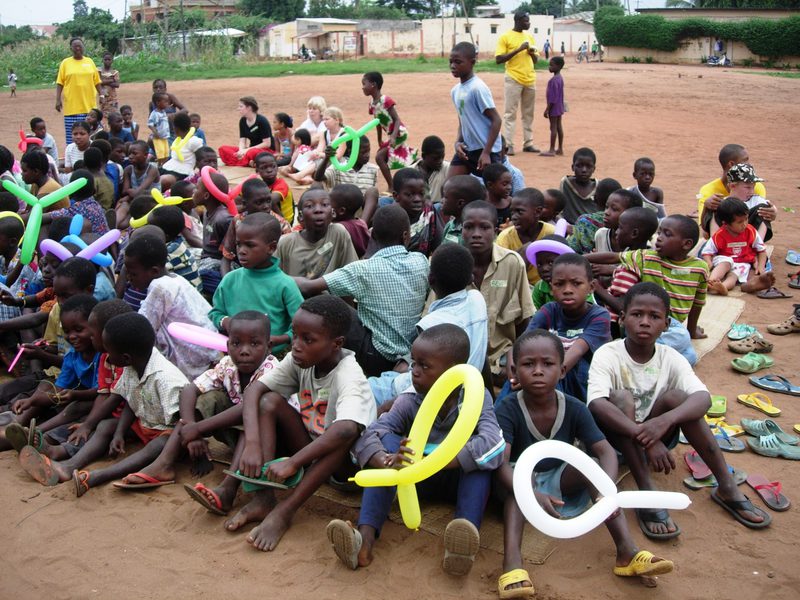 King's Kids International was born in 1976 in Hawaii through Dale and Carol Kauffman. God led them during their DTS outreach to teach the children of the base to listen to God's voice together with some of the parents and to obey what He would show them. That was the beginning of a movement that spread throughout the nations - children, teenagers and their families were also part of the Great Commission. The waves Loren had seen also included under eighteen, actually a lot of them!

KKI, one of the oldest YWAM transnational ministries, is now active in about seventy nations around the world. We went thought some difficult years, lost many tremendous leaders, fathers and mothers in the ministry, but we have a new sense of life and vision in the last few years. Almost half of the World's population (even more in Africa) is under twenty, and eighty percent of the people coming to Christ are between four and fourteen years old. The harvest is ready and we need missionaries and YWAM bases developing a heart for this huge field.

As we move into this new season, KKI needs to come back to its roots to unleash growth and multiplication, new leadership and workers, diversity and inspiration. And this needs to be communicated to the whole of YWAM.

- KKI is not just about children singing and dancing. I suspect some people develop a vision for children (orphans, street children...), families, teenagers and think they cannot be part of KKI because they don't do performing arts... But KKI is a set of values and principles that can be applied to many different settings, and it is a sense of relationships and family as we all support each other in reaching and training the emerging generations. We have KKI ministries active in family training, children evangelism, community development, frontier mission....

- In this sense, KKI can be an excellent partner with other YWAM ministries to reach out and disciple villages, cities or regions, God often using the children to open doors in the hearts of people, and I dream to see a bigger team work as a YWAM body, not trying to use one another, but coming together before the Lord.

- And most of all, imagine a wave of DTS student having been already trained for ten years in a missionary mindset, through the KKI values? Could you visualize the strength of such a generation? Let's start before they are eighteen, as discipleship begins in the womb! And let's partner with the families as the parents are the primary disciplers for the next generation.

KKI has been dying in many regions of Africa. And sometimes we may have watched it without fighting for its life. I remember the story of Judges 20-21, when a whole tribe, Benjamin, was practically erased from Israel. The other tribes gathered and "they cried loudly; there was widespread lamentation. They said, “Why, O God, God of Israel, has this happened? Why do we find ourselves today missing one whole tribe from Israel?” (Judges 21:3). They decided to give some of their daughters as wives to Benjaminites so the Benjamin legacy would be maintained. Benjamin was the youngest of Jacob's sons. KKI is about YWAM turning to the youngest - not just as object of mission, but as actors, participants, inviting them alongside us to tansform Africa... What can we do in our nation to see this inheritance revived, reborn or developped?

KKI is well developped in West Africa, but it's dying in East Africa, it has almost disappeared in Soutern Africa, it needs structure and help in Central Africa and it is non-existent in North Africa. Can we, as YWAM, see it as a missing tribe that we absolutely need in order to fully fulfill the mission God has given us as a YWAM corporate body in this continent?